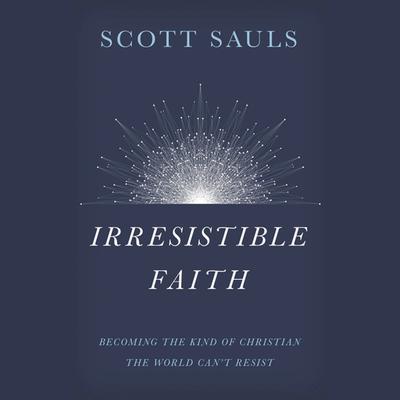 From an influential pastor and author--whose writing Ann Voskamp calls "sharp, informed, [and] culturally savvy"--comes a revelatory blueprint for an utterly transformative and enticing Christianity.

Jesus said his followers would be a light to the world and a city on a hill. He envisioned a wildly diverse yet compellingly unified multitude of strangers that would penetrate the world with love. They would be a counter-culture, in a way that was for the culture not against it. They would lead the world in acts of love and justice and be the most life-giving bosses, employees, neighbors, and friends. They would also be the best enemies, returning insults with kindness and persecution with prayers. They would stay true to their biblical convictions and--not in spite of those convictions but because of them--would love, listen to, and serve those who don't share their convictions. Over time their movement--Jesus' movement--would become irresistible to people from every nation, tribe, and tongue.

This is not how many, perhaps most, today see Christianity. And justifiably so, given that many bearing the name Christian use the Bible to justify behavior that Jesus would never endorse and would always condemn, that would in fact make Jesus furious. But Jesus's vision for the church is possible, and Irresistible Faith provides a blueprint for Christians to pursue it as redeemed individuals, as a renewed community, and as those working for a restored world. This is a way of being that gives a tired, cynical world a reason to pause and consider Christianity . . . and to start wishing it was true.

Scott Sauls is a graduate of Furman University and Covenant Theological Seminary. He serves as the senior pastor of Christ Presbyterian Church in Nashville, Tennessee. Previously, he was a lead pastor and preaching pastor for Redeemer Presbyterian Church under the mentorship of Dr. Timothy Keller. He is a frequent speaker at church conferences, leadership retreats, and to university students.