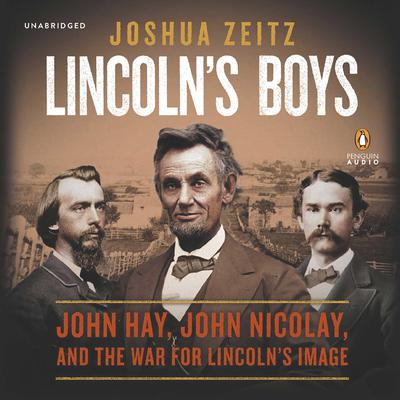 A timely and intimate look into Abraham Lincoln's White House through the lives of his two closest aides and confidants Lincoln's official secretaries John Hay and John Nicolay enjoyed more access, witnessed more history, and knew Lincoln better than anyone outside of the president's immediate family. Hay and Nicolay were the gatekeepers of the Lincoln legacy. They read poetry and attendeded the theater with the president, commiserated with him over Union army setbacks, and plotted electoral strategy. They were present at every seminal event, from the signing of the Emancipation Proclamation to Lincoln's delivery of the Gettysburg Address and they wrote about it after his death. In their biography of Lincoln, Hay and Nicolay fought to establish Lincoln's heroic legacy and to preserve a narrative that saw slavery not states' rights as the sole cause of the Civil War. As Joshua Zeitz shows, the image of a humble man with uncommon intellect who rose from obscurity to become a storied wartime leader and emancipator is very much their creation. Drawing on letters, diaries, and memoirs, Lincoln's Boys is part political drama and part coming-of-age tale a fascinating story of friendship, politics, war, and the contest over history and remembrance.

Joshua Zeitz has taught American history and politics at Cambridge University, Harvard University, and Princeton University. He is the author of several books on American political and social history and has written for the New York Times, Washington Post, New Republic, Atlantic, Dissent, and American Heritage.  A former congressional campaign aide and gubernatorial policy advisor and speechwriter, Zeitz lives with his wife and daughter in Hoboken and Ocean Grove, New Jersey.