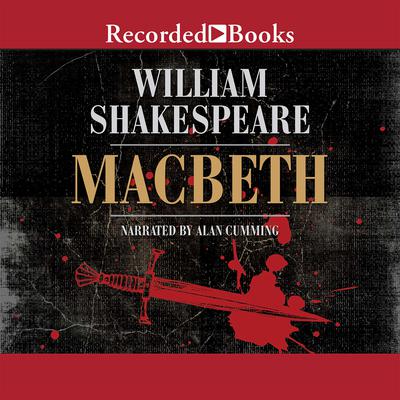 One of William Shakespeare's most performed, quoted, and studied plays, Macbeth is a riveting tale of personal and political corruption that continues to astonish audiences over 400 years after it was first performed. This audio production based on the New Cambridge Shakespeare text stars Stephen Dillane in the title role and Fiona Shaw as Lady Macbeth. Following a rousing military victory, Scottish nobleman Macbeth encounters three witches who offer him a terrifying, yet exhilirating prophecy. He then embarks on a ruthless campaign to usurp the crown and take control of his homeland. But the fates are fickle and Macbeth's lust for power has frightening consequences. "Life's but a walking shadow, a poor player / That struts and frets his hour upon the stage, / And then is heard no more. It is a tale / Told by an idiot, full of sound and fury, / Signifying nothing."-Macbeth, Act V scene V