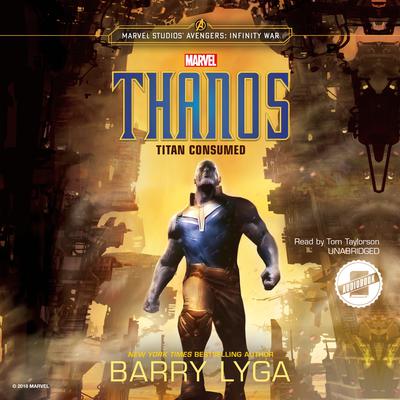 In Avengers: Infinity War a threat emerged from the cosmos—Thanos, a ruthless warlord who plans to collect all six Infinity Stones. Joined by his formidable allies, he will be near-unstoppable at achieving his goal. The Avengers, the Guardians of the Galaxy, Doctor Strange, and Spider-Man must join forces and fight side by side to stop Thanos, while the fate of the Earth and the universe lays in the balance.

In this new original novel by bestselling author Barry Lyga, learn the origins of the most feared force in the universe, and see how Thanos became the Titan consumed by his quest for power.

“Draws readers in from the first page and holds them captive.” —VOYA on Barry Lyga’s Bang

Barry Lyga is the author of The Astonishing Adventures of Fanboy and Goth Girl, Boy Toy, Goth Girl Rising, and the I Hunt Killers series, among others. He lives in New York City. Or Baltimore. Or New Jersey. Or, possibly, Edinburgh. Or somewhere he hasn’t imagined yet. It all depends on when you’re reading this book. In fact, he might not live in any of those places, or he could even be dead by now.