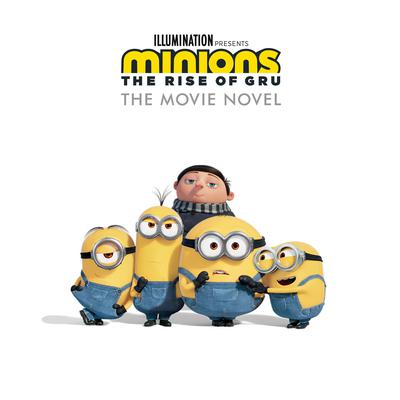 The Rise of Gru: The Movie Novel

This retelling of Minions: The Rise of Gru relives all your favorite moments from the upcoming movie.

Minions: The Rise of Gru, the highly anticipated sequel to the 2015 box office hit, features even more Minion mischief.

At long last, the Minions unite with a young Gru, wreaking havoc in his 1970s neighborhood. When he gets a chance to join the world’s baddest villains, the Vicious 6, Gru leaves the Minions behind. Kevin, Stuart, and Bob go to great lengths to win back their “mini-Boss,” trekking through the desert, piloting an airplane, and even learning kung fu from an unorthodox teacher. But it’s only upon meeting his favorite villain, Wild Knuckles, that Gru learns loyalty and friendship make villains stronger and then realizes that together, he and the Minions make the most despicable team ever!