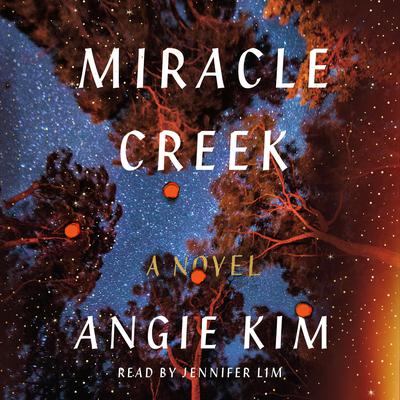 Shortlisted for the 2020 Macavity Award for Best First Mystery

Finalist for the Strand Critics Award for Best Debut Novel

A Time Magazine Best Book of the year

A Today Show Pick of the Year

A Southern Living Magazine Pick of Best Books of Spring

A Crime Reads Pick of Best Book of the Year

This program includes a bonus interview with the author and original music composed and performed by Steve Draughn. A thrilling debut about how far we’ll go to protect our families—and our deepest secrets. My husband asked me to lie. Not a big lie. He probably didn’t even consider it a lie, and neither did I, at first... In rural Virginia, Young and Pak Yoo run an experimental medical treatment device known as the Miracle Submarine—a pressurized oxygen chamber that patients enter for therapeutic “dives” with the hopes of curing issues like autism or infertility. But when the Miracle Submarine mysteriously explodes, killing two people, a dramatic murder trial upends the Yoos’ small community. Who or what caused the explosion? Was it the mother of one of the patients, who claimed to be sick that day but was smoking down by the creek? Or was it Young and Pak themselves, hoping to cash in on a big insurance payment and send their daughter to college? The ensuing trial uncovers unimaginable secrets from that night—trysts in the woods, mysterious notes, child-abuse charges—as well as tense rivalries and alliances among a group of people driven to extraordinary degrees of desperation and sacrifice. Angie Kim’s Miracle Creek is a thoroughly contemporary take on the courtroom drama, drawing on the author’s own life as a Korean immigrant, former trial lawyer, and mother of a real-life “submarine” patient. Both a compelling page-turner and an excavation of identity and the desire for connection, Miracle Creek is a brilliant, empathetic debut from an exciting new voice.

“Miracle Creek grabbed me hard right from the start. This is a terrific courtroom thriller, a sly whodunit that’s beautifully written and also full of heart.” —Scott Turow, #1 New York Times bestselling author
“Miracle Creek turns a courtroom murder trial into a page-turning exploration of parenting, experimental therapies, and the emotional toil of immigration.” —Elle
“A deeply moving story…Readers will be riveted by the book’s genre-bending structure and superb pace.” —Washington Post
“Layer upon layer of mystery is peeled back through dramatic courtroom scenes, but the story has as much in common with today’s tense psychological thrillers, as the author probes deep into her character’s psyches to reveal the complex web of motivations and cover-ups.” —CrimeReads
“Intricate plotting and courtroom theatrics, combined with moving insight into parenting special needs children and the psychology of immigrants, make this book both a learning experience and a page-turner.” —Kirkus Reviews (starred review)
“Narrator Jennifer Lim brings Angie Kim’s debut novel to life…The story is full of unreliable narrators who are given unique voices by Lim. Protagonists Young and Pak’s Korean accents are believable as they struggle to protect their pursuit of the American Dream. Their teenage daughter Mary’s American voice is angry and resentful of her outsider status. In the courtroom scenes, prosecutor Abe’s friendly Southern drawl masks his focused questioning, and defense lawyer Shannon’s confident, relentless voice slowly exposes the lies and secrets that led to the tragedy. This impressive debut is enhanced by the talented Lim.” —AudioFile

Angie Kim moved as a preteen from Seoul, South Korea, to the suburbs of Baltimore. She attended Stanford University and Harvard Law School, where she was an editor of the Harvard Law Review, then practiced as a trial lawyer at Williams & Connolly. Her stories have won the Glamour Essay Contest and the Wabash Prize for Fiction, and appeared in numerous publications including the New York Times, Salon, Slate, the Southern Review, Sycamore Review, Asian American Literary Review, and PANK. Kim lives in Northern Virginia with her husband and three sons.