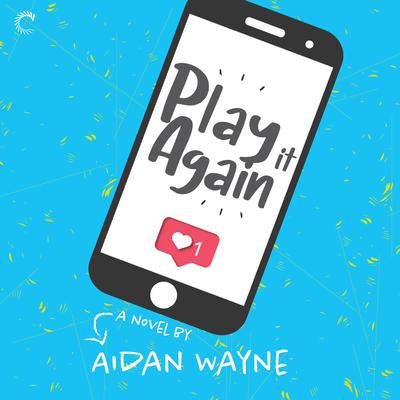 The videos are fun.

When Seattle-based blind YouTuber Dovid Rosenstein finds Sam Doyle’s Let’s Play channel, playitagainsam, he’s instantly captivated by the Irish gamer. Everything about Sam is adorable, from his accent to his personality, and Dovid can’t get enough of his content.

Dovid’s glowing shout-out on Don’t Look Now, his own successful channel, sends Sam’s subscriber numbers skyrocketing overnight. He has more comments than he can read. And while the sudden surge in popularity is anxiety inducing, Sam decides it’s only right to dedicate his next episode to Dovid … which soon leads to a heart-pounding exchange of DMs.

They may have never met in person, but Dovid’s never felt this close to anyone before. What they have feels worth exploring—no matter the distance. But is it possible to already be in love with someone who’s half a world away?