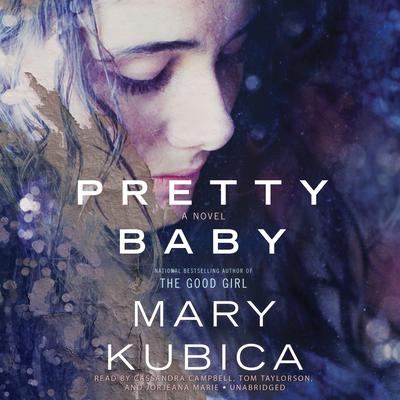 An Amazon Best Book of the Month Pick

Heidi Wood has always been a charitable woman: she works for a nonprofit and takes in stray cats. Still, her husband and daughter are horrified when Heidi returns home one day with a young woman named Willow and her four-month-old baby in tow. Disheveled and apparently homeless, this girl could be a criminal—or worse. But despite her family’s objections, Heidi invites Willow and the baby to take refuge in their home.

Heidi spends the next few days helping Willow get back on her feet, but as clues into Willow’s past begin to surface, Heidi is forced to decide how far she’s willing to go to help a stranger. What begins as an act of kindness quickly spirals into a story far more twisted than anyone could have anticipated.

“A hypnotic psychological thriller…[Pretty Baby] builds to a stunning climax involving revelations you won’t see coming.” —People
“Thrilling and illuminating…[Pretty Baby] raises the ante on the genre and announces the welcome second coming of a talent well worth watching.” —Los Angeles Times
“The fast-paced final chapters show us how easily we all ignore hidden infections in favor of surface wounds, and why ‘the ones you never hear about’ may carry the deepest secrets.” —NPR
“Suspense done well.” —New York Magazine
“A superb psychological thriller…[with] a stunning conclusion.” —Publishers Weekly (starred review)
“Those who appreciate character-driven explorations of human emotion will enjoy Kubica’s sophomore effort. The major characters are each deep in the midst of their own psychological crises based on past events…The story will stir readers.” —Library Journal
“As bits and pieces of Willow’s story are revealed, the other characters keep the story moving forward toward what the reader knows will be disastrous results…The story is almost hypnotic and anything but predictable…This book will give insomniacs a compelling reason to sit up all night.” —Kirkus Reviews (starred review)
“As the perspective shifts…readers see Heidi’s interest in Willow’s baby intensify and senses family tragedy on the way. And yet, the conclusion is a genuine surprise.” —Booklist
“Cassandra Campbell, Tom Taylorson, and Jorjeana Marie expertly build the tension of this hypnotic psychological thriller…The three-part narration works well, helping listeners keep characters straight and emphasizing the collision of their stories…Listeners will be enthralled, then chilled by the twists and turns.” —AudioFile
“Cassandra Campbell, Tom Taylorson, and Jorjeana Marie voice the three characters and bring out gentle Heidi’s need for another child, Chris’s self-centered disconnectedness, and Willow’s misery and need for love. Their varied performances emphasize the three very different worlds these characters inhabit and add dimension to the story.” —Library Journal (audio review)

Mary Kubica is the New York Times and USA Today bestselling author of The Good Girl and Pretty Baby. She holds BA degrees in history and American literature, both from Miami University in Oxford, Ohio. She lives outside of Chicago with her family and enjoys photography, gardening, and caring for the animals at a local shelter.