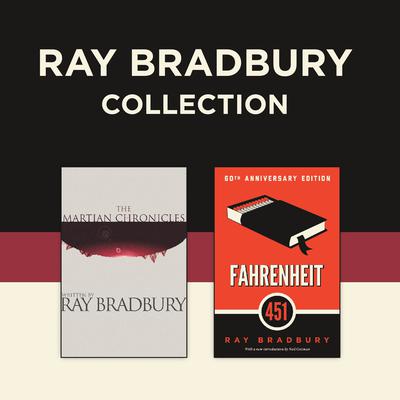 By Ray Bradbury
Read by Tim Robbins  and Mark Boyett

The Martian Chronicles is a classic work of twentieth-century literature whose power and imagination remain undimmed by time’s passage. Fahrenheit 451 stands as a classic of world literature set in a bleak, dystopian future, whose message is both prescient and timely. Two of Bradbury’s best-known stories are collected together in this volume.

“Ray Bradbury has a powerful and mysterious imagination which would undoubtedly earn the respect of Edgar Allen Poe.” —Guardian (UK), praise for Fahrenheit 451
“On the whole, this is such a lyrical, haunting, poetic book, with the immersive quality of a particularly vivid dream.” —SF Reviews, praise for The Martian Chronicles