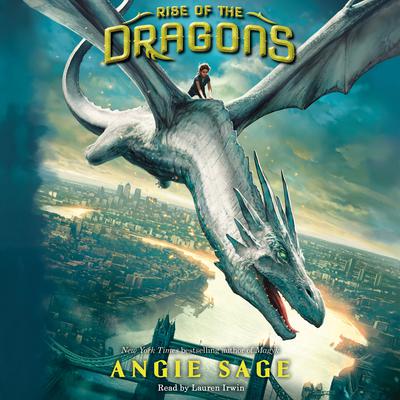 Rise of the Dragons

The Rise of the Dragons Series: Book 1

Once our world was full of dragons who lived in harmony with humans. Dragons counseled kings and queens. They fought in human battles. And they gave humans the most precious gift of all: magic. But after a group of rogue dragons, the Raptors, tried to take over Earth, all dragons were banished to another realm.Most humans forgot about the dragons, claiming they never existed. Eleven-year-old Sirin knows the truth-she grew up with stories passed down through the generations. However, when her mother falls ill, even Sirin has trouble believing in magic . . . until she sees a mysterious streak of silver in the night sky. Sirin becomes the first child to "lock" with a dragon in centuries-forming a deep friendship unlike anything she's ever imagined. But Sirin learns that not all dragons returned with good intentions, and soon she finds herself at the center of a battle between the dragons who want to protect the humans . . . and those who want to destroy them.

Angie Sage was born in London and grew up in the Thames Valley, London, and Kent. She now lives in Somerset in a very old house that has a secret tunnel below it. She loves such spooky old houses, as well as the sea and medieval England. She has created many books for children, and the first six books in her Septimus Heap series are international bestsellers. She is also the author of the Araminta Spookie series.