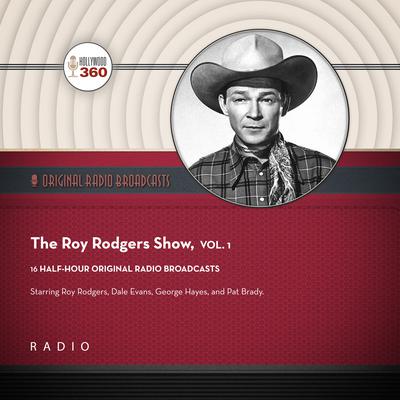 Cowboy actor and singer Roy Rogers galloped his way across the plains, always ready to apprehend cattle thieves, break up a diamond-smuggling ring, thwart bank robbers, or rescue a kidnap victim. The Roy Rogers Show premiered on radio in 1944 with Roy’s real-life wife Dale Evans at his side. Youngsters were enthralled by the program’s mix or great music, cozy campfire evenings, and Western drama, with comic turns from Roy’s sidekick, George “Gabby” Hayes. In later years Pat Brady, a zany camp cook in a few of Roy’s movies, replaced Gabby as Roy’s sidekick. Unlike other cowboy western radio shows of the day, The Roy Rogers Show featured cars and telephones, and the audience was only too willing to suspend disbelief. Enjoy sixteen of Roy’s greatest radio adventures!