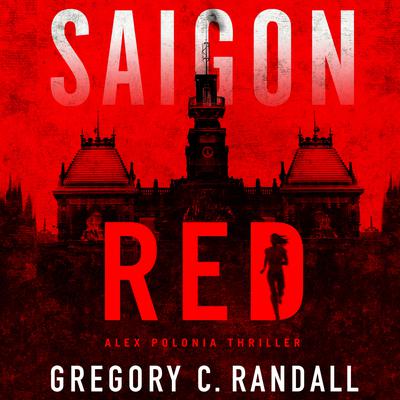 An ex-cop goes to the far side of the world to discover her family’s darkest secrets.

Believed complicit in her ex-husband’s prison escape, Cleveland police detective Alex Polonia is methodically being forced out of the department. Not waiting, she does them one better and resigns, taking on a new profession as a special agent for an international security firm. Her first assignment: bodyguard for the family of Nevio Lucchese, a wealthy Italian industrialist relocating to Ho Chi Minh City.

But Vietnam is where Alex’s unknown past casts a dark shadow—and a mysterious assassin could be hiding in it. Known only as the Ghost, he kills with drone-like precision and eludes all attempts at capture. Most disturbingly, he may hold the key to a love that Alex’s father lost fifty years earlier. Now caught in a dangerous and personal game, Alex must outwit the Ghost to save the Lucchese family and her own family’s reputation.

But when Alex’s ex-husband suddenly shows up, she fears that the entire operation could fail, and that the real enemy is disturbingly close.

Gregory C. Randall was born in Michigan, raised in Chicago, and currently lives in the San Francisco Bay Area with his wife. He is the author of the five-book series The Sharon O’Mara Chronicles and the Detective Tony Alfano noir thrillers, Chicago Swing and Chicago Jazz, set in 1933 Chicago. His young adult novel, Elk River, won critical acclaim and awards from the Independent Book Publishers Association and the Northern California Book Publishers Association. Gregory and his wife also operate an independent book publishing company, Windsor Hill Publishing.