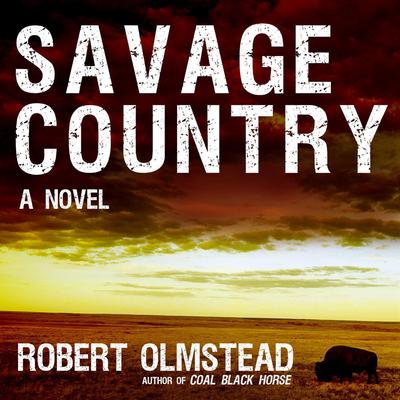 In September 1873, Elizabeth Coughlin, a widow bankrupted by her husband's folly and death, embarks on a buffalo hunt with her estranged and mysterious brother-in-law, Michael. With no money, no family, no job or security, she hopes to salvage something of her former life and the lives of the hired men and their families who depend on her. The buffalo hunt that her husband had planned, she now realizes, was his last hope for saving their land.

Elizabeth and Michael plunge south across the aptly named Deadline demarcating Indian Territory from their home state, Kansas. Nothing could have prepared them for the dangers: rattlesnakes, rabies, wildfire, lightning strikes, blue northers, flash floods, threats to life in so many ways. They're on borrowed time: the Comanche are in winter quarters, and the cruel work of slaughtering the buffalo is unraveling their souls. They must get back alive.

This is a gripping narrative of that infamous hunt, which drove the buffalo population to near extinction—the story of a moment in our history in which mass destruction of an animal population was seen as the only route to economic solvency. But it's also the intimate story of how that hunt changed Michael and Elizabeth forever.

Robert Olmstead is an award-winning author and educator. His novel Coal Black Horse was the winner of the Heartland Prize for Fiction. His other fiction work includes America By Land, A Trail of Heart’s Blood Wherever We Go, Far Bright Star, and Soft Water. Olmstead is the recipient of a Guggenheim fellowship and an NEA  grant. Along with his fiction work, he has also written a textbook for fiction-writing workshops and a nonfiction memoir, Stay Here With Me. He is currently director of the creative writing program at Ohio Wesleyan University. Previously, he served as Senior Writer in Residence at Dickinson College and as director of the creative writing program at Boise State University.