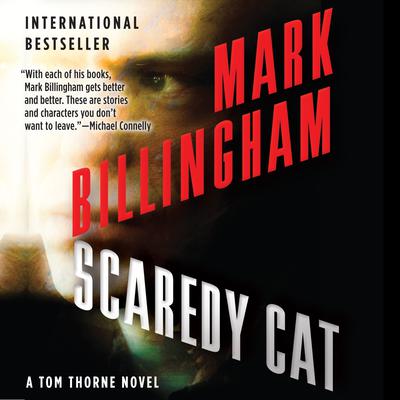 It was a vicious, calculated murder. The killer selected his victim at London's Euston station, followed her home on the tube, strangled her to death in front of her child. At the same time, killed in the same way, a second body is discovered at the back of King’s Cross station. It is a grisly coincidence that eerily echoes the murder of two other women, stabbed to death months before on the same day.

It is Detective Inspector Tom Thorne who sees the link and comes to a horrifying conclusion. This is not a serial killer that the police are up against. This is two of them. Finding the body used to be the worst part of the job, but not any more. Now each time a body is found, Thorne must live with the knowledge that somewhere out there is a second victim, waiting to be discovered. But whilst the methods might be the same, the manner of the killings is strikingly different. Thorne comes to realize that he is hunting two very different killers. One is ruthless and in control, while his partner in crime is submissive, compliant, terrified.

Thorne must catch a man whose need to manipulate is as great as his need to kill, a man who will threaten those closest to Thorne himself, a man who will show him that the ability to inspire terror is the deadliest weapon of all.

“Like the best of British and American crime writing rolled up together and delivered with the kind of punch you don’t see coming.” —Lee Child
“Scaredy Cat is an incredibly satisfying and engaging thriller.” —Karin Slaughter, New York Times bestselling author of Criminal
“A plethora of pleasures in these pages.” —USA Today
“An incredibly dark, brilliant thriller.” —Evening Standard (London)
“Billingham confirms his promise, and delivers an assured and shocking thriller.” —Guardian (London)
“Billingham has a chilling talent. Right up there with [England’s] dark masters such as Ian Rankin and Val McDermid.” —Daily Mirror (London)
“One of the best books of the year. Don’t miss it.” —Globe and Mail (Toronto)
“Billingham manipulates his readers as relentlessly as the murderer manipulates both his surrogate in crime and the police.” —Scotsman (Edinburgh)
“Mr. Billingham has created a story as frightening as it is riveting. Pushing the English police procedural to another level.” —Dallas Morning News
“Heady psychological suspense runs through the hip, flawlessly plotted Scaredy Cat. Mark Billingham again creates a contemporary twilight zone that feels all too real.” —Fort Lauderdale Sun-Sentinel
“With last year’s auspicious thriller debut, Billingham has given himself a tough act to follow. But the return of London detective Tom Thorne is most welcome, and this novel is every bit as intense and creepy as the first.” —Library Journal