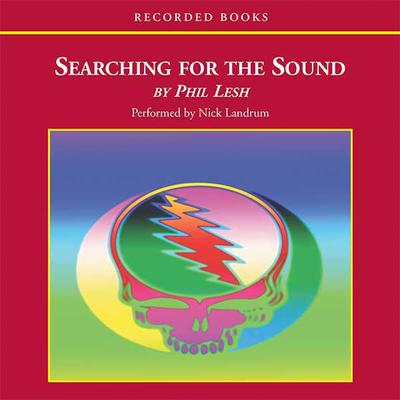 Searching for the Sound: My Life with The Grateful Dead

Searching for the Sound is an enthralling memoir of the classic jam band the Grateful Dead, penned by bassist Phil Lesh. Chronicling the band's glory days, this irresistible book was praised by Entertainment Weekly as "a lively read, with just the right mix of dirt, drugs, and diligent tour diaries."

Phillip Chapman Lesh is a musician and founding member of The Grateful Dead, with whom he played bass guitar throughout their thirty year career. After the band broke up in 1995, he continued the tradition of Grateful Dead family music with side project Phil Lesh and Friends, which paid homage to the Dead’s music by playing their originals, common covers, and the songs of the members of his band. He opened a music venue called Terrapin Crossroads and has been performing with Furthur alongside former Grateful Dead bandmate Bob Weir.