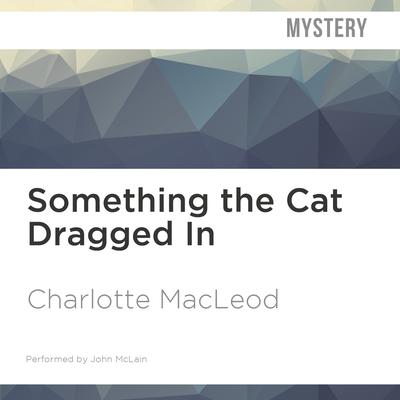 Something the Cat Dragged In

An old codger, a tomcat, and a killer

The venerable Herbert Ungley wouldn’t have been caught dead without his toupee. So when his landlady’s cat dragged it into her kitchen, Betsy Lomax knew something was amiss. When she found old Ungley lying behind the Balaclavian Society clubhouse, she knew it was murder. And when the police chief called it an accident, she knew it was time to call Professor Peter Shandy, whose success at sleuthing had already surpassed his fame as father of the world-renowned rutabaga, the Balaclava Buster.

Before long, the Hercule Poirot of the turnip fields found himself knee-deep in unanswered questions: Who was Ungley’s long-lost heir? Where had Ungley’s shockingly large bank account come from? Why had another dead body been planted among the trees of Balaclava College? And would Professor Shandy be able to root out the killer?

This is the fourth book in the Pete and Helen Shandy Mystery series.