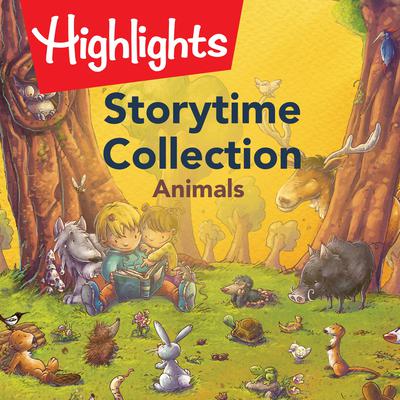 By Highlights for Children
Read by various narrators

Listen and relive the exciting tales from Highlights, now on audio! Hear about a girl who trains her puppy how to behave and the adventures of Spot, along with other stories about animals.

Stories include: A Snail Tale by Roger Williamson, Animal Talk by Janet Collins, Bedtime in the Barnyard by Dianne Moritz, Crickets (Crash!) and a Birthday Bash by Michelle L. Brown, Edward the Frog by Diana Logue, Feeding Fuzzy Tail by Marianne Mitchell, Goose Says Good-Bye by Debra Friedland Katz, Hermit Crabs and a Banana Moon by Dagmar Kost, King of All Animals by Vashanti Rahaman, Lizard Problems by Jacqueline Adams, and more!