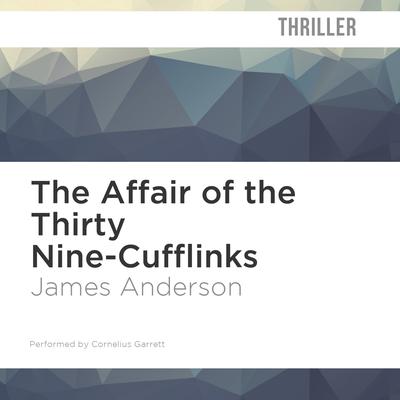 The Affair of the 39 Cufflinks

Understandably, Lord Burford had some misgivings about hosting another house party at Alderley, his beautiful country mansion. After all, the previous two could at best be described as disastrous, since a couple of their guests were bumped off during their stay on each occasion. But with family members travelling down for the funeral of an elderly relative, the Earl really had no choice but to offer them accommodation.

And it didn’t take long for things to start to go wrong. One of the guests claimed she had knowledge that would ruin the others’ reputations, but nobody took her seriously enough to take offence.

At least, not until her body was found…