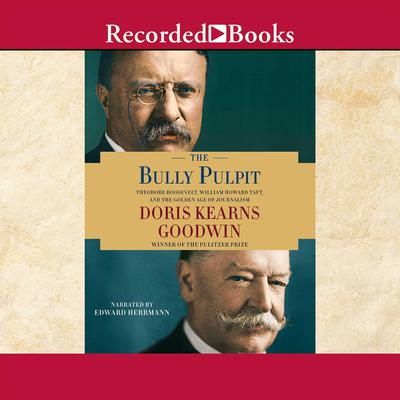 The Bully Pulpit , like Goodwin' s brilliant chronicles of the Civil War and World War II, exquisitely demonstrates her distinctive ability to combine scholarly rigor with accessibility. It is a major work of history-- an examination of leadership in a rare moment of activism and reform that brought the country closer to its founding ideals.

Doris Kearns Goodwin is a #1 New York Times bestselling author of acclaimed works of nonfiction and winner of numerous awards, including the Pulitzer Prize in history, the Lincoln Prize, and the Carnegie Medal. She graduated magna cum laude and Phi Beta Kappa from Colby College and was a Woodrow Wilson Fellow. She earned a PhD in government from Harvard University, where she taught government, including a course on the American presidency, and, at the age of twenty-four became a White House Fellow, working directly with President Lyndon Johnson. She served as an assistant to President Johnson in his last year in the White House and later assisted him in the preparation of his memoirs. She has been awarded many honors and accolades, including book prizes and honorary degrees.