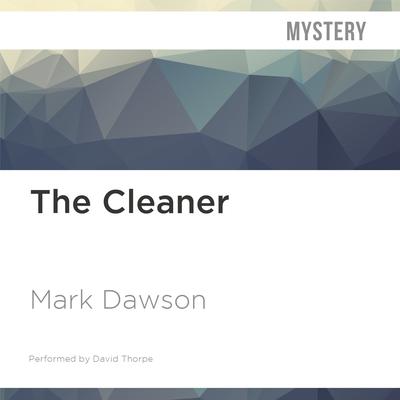 Meet John Milton. He considers himself an artisan. A craftsman. His trade is murder. Milton is the man the government sends after you when everything else has failed. Ruthless. Brilliant. Anonymous. Lethal. You wouldn’t pick him out of a crowd but you wouldn’t want to be on his list.

But now, after 10 years, he’s had enough—there’s blood on his hands and he wants out. Trouble is, this job is not one you can just walk away from. He goes on the run, seeking atonement for his sins by helping the people he meets along the way.

But his past cannot be easily forgotten, and before long it is Milton who is hunted, and not the hunter. The Cleaner. A career of state-sanctioned murder has taken its toll. Milton is troubled by nightmares, a long line of ghosts who torment his dreams. He resolves to make his next job his last and, then, perhaps, he can start to make amends for everything that he has done.

Sharon Warriner is a single mother in the East End of London, suicidal with fear that she’s lost her young son to a life in the gangs. After Milton saves her life, he promises to help. But the gang, and the charismatic rapper who leads it, is not about to cooperate with him.

As London burns through summer riots, Milton finds himself in unfamiliar territory, dealing with an unfamiliar foe. And when his employer sends another agent after him, the odds against him are stacked even higher.