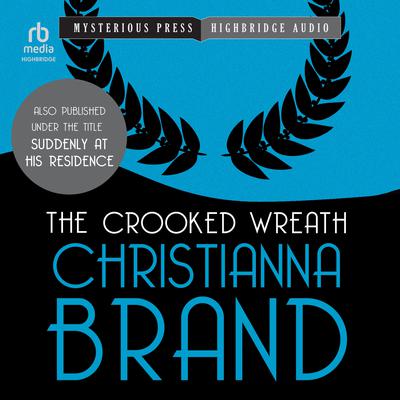 A family patriarch is murdered on the eve of signing a new will.

Christianna Brand (1907–1988) was one of the most popular authors of the Golden Age of British mystery writing. Born in Malaya and raised in India, she used her experience as a salesgirl as inspiration for her first novel, Death in High Heels, which she based on a fantasy of murdering an irritating coworker. The same year, she debuted her most famous character, Inspector Cockrill, whose adventures she followed until 1957. The film version of the second Cockrill mystery, Green for Danger, is considered one of the best-ever screen adaptations of a classic English mystery. She also found success writing children’s fiction. Her Nurse Matilda series, about a grotesque nanny who tames ill-behaved children, was adapted for the screen in 2005, as Nanny McPhee. She received Edgar Award nominations for the short stories “Twist for Twist” and “Poison in the Cup,” as well as one for her nonfiction work Heaven Knows Who.