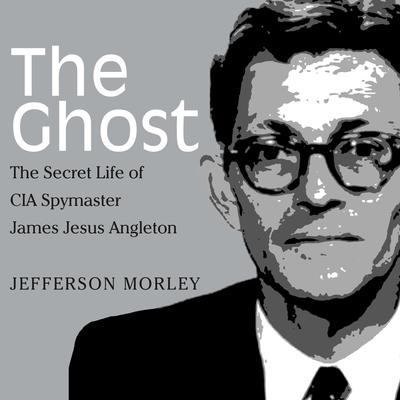 From World War II to the Cold War, Angleton operated beyond the view of the public, Congress, and even the president. He unwittingly shared intelligence secrets with Soviet spy Kim Philby, a member of the notorious Cambridge spy ring. He launched mass surveillance by opening the mail of hundreds of thousands of Americans. He abetted a scheme to aid Israel's own nuclear efforts, disregarding U.S. security. He committed perjury and obstructed the JFK assassination investigation. He oversaw a massive spying operation on the antiwar and black nationalist movements and he initiated an obsessive search for communist moles that nearly destroyed the Agency.

In The Ghost, investigative reporter Jefferson Morley tells Angleton's dramatic story, from his friendship with the poet Ezra Pound through the underground gay milieu of mid-century Washington to the Kennedy assassination to the Watergate scandal. From the agency's MKULTRA mind-control experiments to the wars of the Mideast, Angleton wielded far more power than anyone knew. Yet during his seemingly lawless reign in the CIA, he also proved himself to be a formidable adversary to our nation's enemies, acquiring a mythic stature within the CIA that continues to this day.