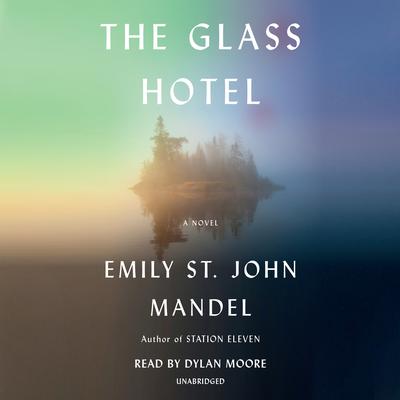 The Glass Hotel: A novel

Longlisted for the Scotiabank Giller Prize

A #1 Amazon.com bestseller in Financial Thrillers

A Literary Hub Pick of Best Reviewed Books of the Week

"The Glass Hotel may be the perfect novel for your survival bunker." --Ron Charles, The Washington Post A New York Times, Entertainment Weekly, Newsweek, Bustle, Buzzfeed, GoodReads, Houston Chronicle, Writer's Digest, Medium, Washington Independent Review of Books, The Millions, Boston Globe, USA Today, and Women's Day Most Anticipated Book of 2020 From the award-winning author of Station Eleven, an exhilarating novel set at the glittering intersection of two seemingly disparate events-a massive Ponzi scheme collapse and the mysterious disappearance of a woman from a ship at sea. Vincent is a bartender at the Hotel Caiette, a five-star lodging on the northernmost tip of Vancouver Island. On the night she meets Jonathan Alkaitis, a hooded figure scrawls a message on the lobby's glass wall: "Why don't you swallow broken glass." High above Manhattan, a greater crime is committed: Alkaitis is running an international Ponzi scheme, moving imaginary sums of money through clients' accounts. When the financial empire collapses, it obliterates countless fortunes and devastates lives. Vincent, who had been posing as Jonathan's wife, walks away into the night. Years later, a victim of the fraud is hired to investigate a strange occurrence: a woman has seemingly vanished from the deck of a container ship between ports of call. In this captivating story of crisis and survival, Emily St. John Mandel takes readers through often hidden landscapes: campgrounds for the near-homeless, underground electronica clubs, the business of international shipping, service in luxury hotels, and life in a federal prison. Rife with unexpected beauty, The Glass Hotel is a captivating portrait of greed and guilt, love and delusion, ghosts and unintended consequences, and the infinite ways we search for meaning in our lives.

"The Glass Hotel…examine[s] how we respond to chaos after catastrophe.” — Time
"Mandel delicately illuminates the devastation wreaked on the fraud’s victims while brilliantly teasing out the hairsbread.” —O, The Oprah Magazine
“Deeply imagined, philosophically profound.” — The Atlantic
“The Glass Hotel…totally sticks the landing…Mandel’s conclusion is dazzling.” — Minneapolis Star Tribune
“Not your grandmother’s Agatha Christie murder mystery or haunted hotel ghost story…The novel’s ongoing sense of haunting extends well beyond its ghosts.” —Boston Globe
“Lyrical, hypnotic images… suspend us in a kind of hallucinatory present where every detail is sharply defined yet queasily unreliable. A sense of unease thickens.” —Wall Street Journal
“Mandel is a consummate, almost profligate world builder. One superbly developed setting gives way to the next, as her attention winds from character to character, resting long enough to explore the peculiar mechanics of each life before slipping over to the next.” —Washington Post
“Another tale of wanderers whose fates are interconnected…nail-biting tension…Mandel weaves an intricate spider web of a story…A gorgeously rendered tragedy.” —Booklist (starred review)
"The Glass Hotel is a dark, disturbing story but also an enthralling one.” —BookPage

Emily St. John Mandel was born in British Columbia, Canada. Her novel Station Eleven was a finalist for the 2014 National Book Award and a New York Times bestseller. She is a staff writer for The Millions, and her work has appeared in numerous anthologies, including The Best American Mystery Stories 2013and Venice Noir.