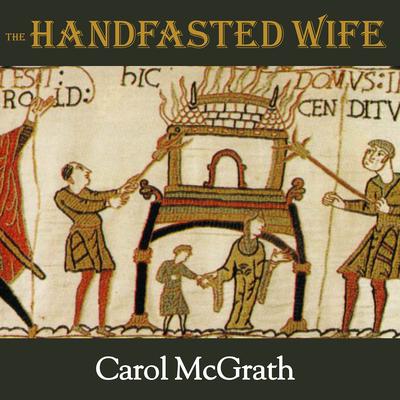 The Daughters of Hastings Trilogy: Book 1

Shortlisted for the 2014 RONA Romantic Novel of the Year Award

The Handfasted Wife is the story of the Norman Conquest from the perspective of Edith (Elditha) Swanneck, Harold's common-law wife. She is set aside for a political marriage when Harold becomes king in 1066. Determined to protect her children's destinies and control her economic future, she is taken to William's camp when her estate is sacked on the eve of the Battle of Hastings. She later identifies Harold's body on the battlefield and her youngest son becomes a Norman hostage.
This is an adventure story of love, loss, survival and reconciliation.

Carol McGrath taught history and English for many years. She holds degrees in English and creative writing. She travels extensively, enjoys photography, and loves spending time with her two children and husband at their home and garden. McGrath lives in a very old village in England.