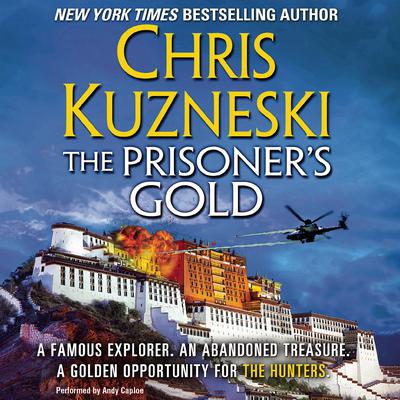 THE TREASURE:
At the end of the 13th century, Chinese Emperor Kublai Khan gave an Italian merchant unfettered access to his kingdom. The traveler was Marco Polo, and his journey would become legendary. Aided by a special passport that protected him throughout the land, Polo amassed unbelievable wealth and hid it before his return to Italy. To this day, the location of his treasure remains a mystery.

THE MISSION:
The Hunters—an elite group assembled by an enigmatic billionaire to locate the world’s greatest treasures—are tasked with finding the missing fortune. Guided by firsthand accounts of Polo’s travels, they quickly discover there are hostile forces willing to do anything to stop them from taking the riches from Chinese soil. Before long, the treasure hunt becomes a deadly game of cat-and-mouse that will rewrite history while taking the lives of many.

THE PRIZE:
As the danger mounts, will the Hunters rise to the challenge? Or will the team be killed before they find Polo’s treasure?

Chris Kuzneski is the internationally bestselling author of the acclaimed thrillers The Prophecy, The Lost Throne, Sword of God, Sign of the Cross, and The Plantation, among others.