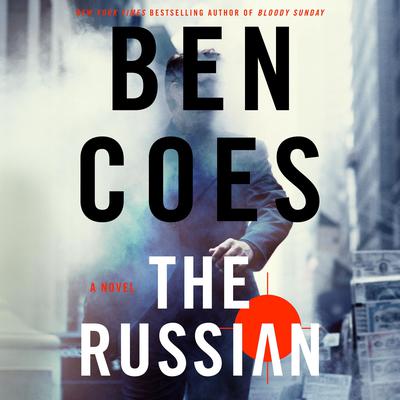 The Russian: A Novel

As the brutal Russian mafia becomes the most powerful and deadly criminal enterprise in the United States, it’s up to covert operative Rob Tacoma to fight back.

Ruthless, clever, and unbelievably violent, the Russian mafia has rapidly taken over the criminal underworld in the Unites States, and law enforcement has been unable to stem the tide. When a powerful Russian mob family declares war by publicly executing two high-profile American politicians, the message is unmistakable—opposition will be met with overwhelming deadly force. With no other viable options, the president creates a clandestine assassinations team to find and eliminate the unreachable men running this deadly criminal operation.

The CIA recruits two Tier 1 operators, former Navy SEALs Billy Cosgrove and Rob Tacoma. But before they can even get started, the Russians act—murdering Cosgrove in his own home. Now Tacoma is on his own against an organization with endless resources and no boundaries. Step one requires the near impossible: find and kill the hidden mob boss behind Cosgrove’s death. To do this, he will have to take on an army in a battle where there are no rules and no limits.

“The narration truly shines in the vast range of accents Fliakos expertly employs…a complete experience.” —Booklist (audio review)
“Authentic tradecraft and top-notch action scenes propel the plot. Coes continues to more than hold his own in a crowded thriller field.” —Publishers Weekly
“Ben Coes brings the heat with The Russian, a no-rules, no-limits, punch-to-the-gut of a thriller that takes a blowtorch to the competition and will leave readers begging for a follow-up.”  —Real Book Spy
“The opening pages of this fine spy thriller can jolt one, just for a delirious moment, into thinking that Ian Fleming is among us again.” —Booklist

Ben Coes is the bestselling author of international espionage thrillers, including the acclaimed Dewey Andreas series. Before writing his first novel, Power Down, he worked at the White House under two presidents and was a Fellow at the John F. Kennedy School of Government.