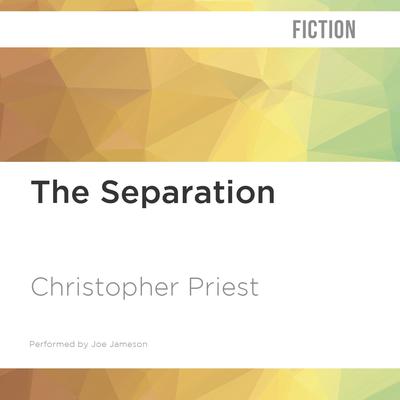 The Separation is the story of twin brothers, rowers in the 1936 Olympics (where they met Hess, Hitler’s deputy). One joins the RAF, and captains a Wellington; he is shot down after a bombing raid on Hamburg and becomes Churchill’s aide-de-camp. His twin brother, a pacifist, works with the Red Cross, rescuing bombing victims in London. But this is not a straightforward story of the Second World War: This is an alternate history. The two brothers—both called J.L. Sawyer—live their lives in alternate versions of reality.

In one, the Second World War ends as we imagine it did; in the other, thanks to efforts of an eminent team of negotiators headed by Hess, the war ends in 1941. The Separation is an emotionally riveting story of how the small man can make a difference; it’s a savage critique of Winston Churchill, the man credited as the saviour of Britain and the Western World; and it’s a story of how one perceives and shapes the past.

Christopher Priest has won the World Fantasy Award and the James Tait Black Memorial Prize and in 2001 was awarded the Prix Utopia for lifetime achievement in fantastic literature. He is married to the writer Leigh Kennedy. They live in Hastings, England, with their two children.