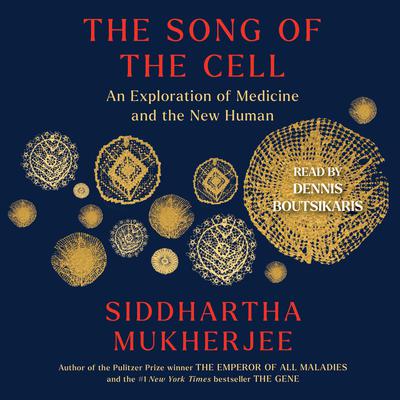 The Song of the Cell: An Exploration of Medicine and the New Human

A #1 Amazon bestseller in History of Medicine

From the author of The Emperor of All Maladies, winner of the Pulitzer Prize, and The Gene, a number New York Times bestseller comes his most spectacular book yet, about the transformation of medicine through our radical new ability to manipulate cells.

Rich with Mukherjee’s revelatory and exhilarating stories of scientists, doctors, and the patients whose lives may be saved by their work, The Song of the Cell is the third book in this extraordinary writer’s exploration of what it means to be human.

Mukherjee begins this magnificent story in the late 1600s, when a distinguished English polymath, Robert Hooke, and an eccentric Dutch cloth-merchant, Antonie van Leeuwenhoek, looked down their handmade microscopes. What they saw introduced a radical concept that swept through biology and medicine, touching virtually every aspect of the two sciences, and altering both forever.

It was the fact that complex living organisms are assemblages of tiny self-contained, self-regulating units. Our organs, our physiology, our selves—hearts, blood, brains—are built from these compartments. Hooke christened them “cells.”

The discovery of cells—and the reframing of the human body as a cellular ecosystem—announced the birth of a new kind of medicine based on the therapeutic manipulations of cells. A hip fracture, a cardiac arrest, Alzheimer’s dementia, AIDS, pneumonia, lung cancer, kidney failure, arthritis, COVID pneumonia—all could be reconceived as the results of cells, or systems of cells, functioning abnormally. And all could be perceived as loci of cellular therapies.

In The Song of the Cell, Mukherjee tells the story of how scientists discovered cells, began to understand them, and are now using that knowledge to create new humans. He leads you with writing so vivid, lucid, and suspenseful that complex science becomes thrilling.

Told in six parts, laced with Mukherjee’s own experience as a researcher, a doctor, and a prolific reader, The Song of the Cell is both panoramic and intimate—a masterpiece.

“A great read with which it is hard not to hum along.”  —Science
“Informative and entertaining.” —The Economist (London)
“Blends cutting-edge research, impeccable scholarship, intrepid reporting, and gorgeous prose into an encyclopedic study that reads like a literary page-turner.”  —Oprah Daily
“Mesmerizing…Mukherjee enthusiastically instructs and… delights—all the while hustling us across a preposterously vast and intricate landscape.” —Wall Street Journal
“Mukherjee…has a knack for explaining difficult ideas in terms that are both straightforward and interesting… A luminous journey into cellular biology.” —Kirkus Reviews (starred review)