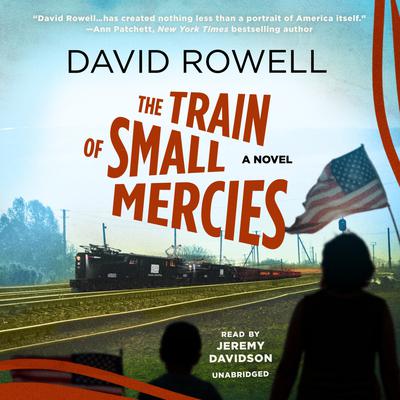 The Train of Small Mercies

In haunting and crystalline prose, The Train of Small Mercies follows six characters’ intrepid search for hope among the debris of an American tragedy.

In New York, a young black porter struggles through his first day on the job—a staggering assignment aboard Robert F. Kennedy’s funeral train. In Pennsylvania, a woman creates a tangle of lies to sneak away from her disapproving husband and pay her respects to the slain senator, dragging her child with her. In Maryland, a wounded young soldier awaits a newspaper interview that his parents hope will restore his damaged self-esteem. In Washington, an Irish nanny in town to interview with the Kennedy family must reconcile the lost opportunity and the chance to start her life anew.

In this stunning debut, Rowell depicts disparate lives united by an extraordinary commemoration, irrevocably changed as the Kennedy funeral train makes its solemn journey from New York to Washington.

“What a tapestry, so evocative!” —Elizabeth Strout, Pulitzer Prize winning author
“David Rowell…has created nothing less than a portrait of America itself.” —Ann Patchett, author of Bel Canto
“The Train of Small Mercies is a novel of transcendent literary vision, one that conveys with brilliance and compassion the unattended lives and moments that shoulder history’s freight.” —Wells Tower, author of Everything Ravaged, Everything Burned
“Jeremy Davidson does some virtuoso voice work…Davidson keeps listeners interested…in this snapshot of a turbulent time in American history.” —AudioFile

David Rowell is an editor at the Washington Post Magazine and has taught literary journalism at American University. He lives in Silver Spring, Maryland. This is his first novel.