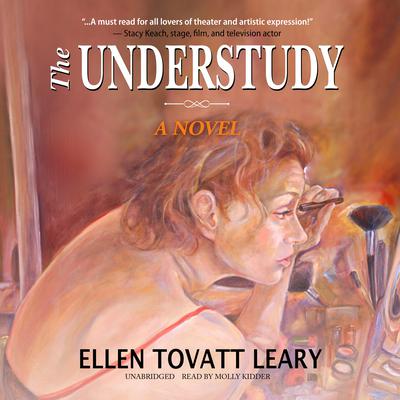 The Understudy: A Novel

The Understudy is the story of Nina Landau, an actress living in New York City in the early ’70s and trying hard to make it on Broadway. We follow her from her Broadway audition nerves to her eventual success on stage. Along the way we discover what goes on backstage during a Broadway show, how actors deal with the mistakes that occasionally occur, and how exciting it is to be at an opening night party at Sardi’s! Nina experiences thrilling triumphs as well as crushing setbacks and has a passionate love affair with her leading man.

“There are so many things to enjoy about this book…It’s all there—witty, funny, and deeply touching.” —Joyce Van Patten, American stage, film, and television actress
“Ellen Tovatt Leary clearly and lovingly lays out the high wire act of a woman struggling to balance her acting career ambition with a life fully lived.” —Andrew Robinson, stage, film, and television actor

Ellen Tovatt Leary spent twenty years acting on the professional stage. She performed in theaters from the Ahmanson in Los Angeles to the State Theater in Lincoln Center. She graduated from Antioch College and was a Fulbright scholar at the London Academy of Music and Dramatic Art. She was a staff writer at Carnegie Hill News in New York for fourteen years and has published short stories as well as poems. A native New Yorker, she currently resides with her husband in LA.