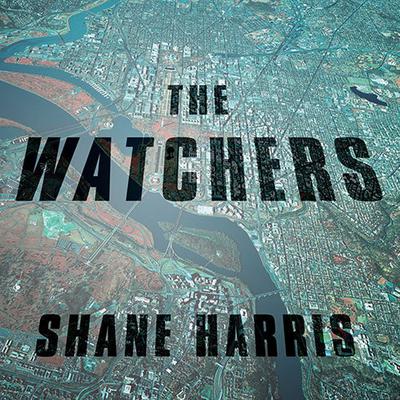 The Watchers: The Rise of America's Surveillance State

Our surveillance state was born in the brain of Admiral John Poindexter in 1983. Poindexter, President Ronald Reagan's national security adviser, realized that the United States might have prevented the terrorist massacre of 241 Marines in Beirut if only intelligence agencies had been able to analyze in real time data they had on the attackers. Poindexter poured government know-how and funds into his dream—a system that would sift reams of data for signs of terrorist activity. Decades later, that elusive dream still captivates Washington. After the 2001 attacks, Poindexter returned to government with a controversial program, called Total Information Awareness, to detect the next attack. Today it is a secretly funded operation that can gather personal information on every American and millions of others worldwide. But Poindexter's dream has also become America's nightmare. Despite billions of dollars spent on this digital quest since the Reagan era, we still can't discern future threats in the vast data cloud that surrounds us all. But the government can now spy on its citizens with an ease that was impossible—and illegal—just a few years ago. Drawing on unprecedented access to the people who pioneered this high-tech spycraft, Shane Harris shows how it has shifted from the province of right-wing technocrats to a cornerstone of the Obama administration's war on terror. Harris puts us behind the scenes and in front of the screens where twenty-first-century spycraft was born. We witness Poindexter quietly working from the private sector to get government to buy in to his programs in the early nineties. We see an army major agonize as he carries out an order to delete the vast database he's gathered on possible terror cells—and on thousands of innocent Americans—months before 9/11. We follow General Mike Hayden as he persuades the Bush administration to secretly monitor Americans based on a flawed interpretation of the law. After Congress publicly bans the Total Information Awareness program in 2003, we watch as it is covertly shifted to a "black op," which protects it from public scrutiny. When the next crisis comes, our government will inevitably crack down on civil liberties, but it will be no better able to identify new dangers. This is the outcome of a dream first hatched almost three decades ago, and The Watchers is an engrossing, unnerving wake-up call.

Heyborne captures the tone of this book perfectly while describing a fascinating chronicle of America's war on terror using electronic technology. —AudioFile

Shane Harris is the author of The Watchers: The Rise of America’s Surveillance State, which won the New York Public Library’s Helen Bernstein Book Award for Excellence in Journalism and was named one of the best books of 2010 by the Economist. Harris won the 2010 Gerald R. Ford Prize for Distinguished Reporting on National Defense. He is currently senior writer at Foreign Policy magazine and an ASU fellow at the New America Foundation, where he researches the future of war. Previously, he was senior writer at the Washingtonian, and his work has appeared in the New York Times, Wall Street Journal, Slate, Daily Beast, Washington Post, and numerous other publications. He has provided analysis and commentary for CNN, NPR, the BBC, and many other media organizations.