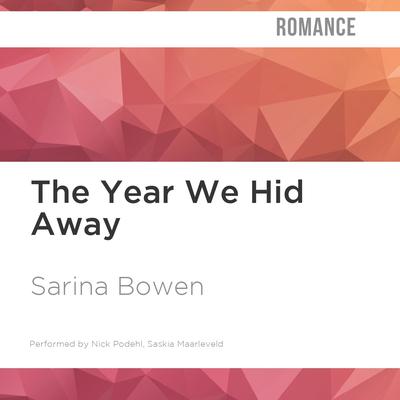 The Year We Hid Away

By Sarina Bowen
Read by Nick Podehl  and Saskia Maarleveld

Bridger Macaulley used to be a player both on and off the ice. But now, while his teammates chase the next hockey victory, Bridger worries that the dean will discover he’s housing his eight-year-old sister in his dorm room. Juggling a full course load and a big secret, it’s only a matter of time until the other skate drops.

Scarlet Crowley is the only freshman at Harkness College who had to sneak past TV news trucks parked on her front lawn just to leave town. Her name is as new as the shiny student ID it’s printed on. The only way to survive college will be to conceal her identity, even if it means lying to the green-eyed boy she’s falling for.

Bridger and Scarlet form a tentative relationship based on the understanding that some things must always be held back. But when grim developments threaten them both, going it alone just won’t work anymore. And if they can’t learn to trust one another now, the families who let them down will take everything they’ve struggled to keep.