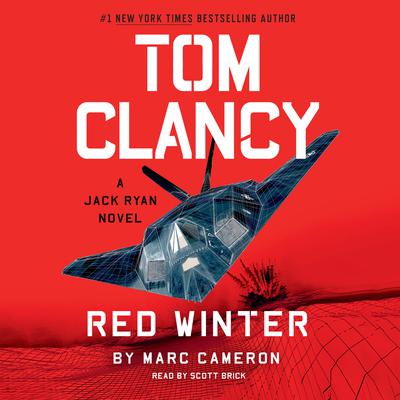 A #1 Amazon bestseller in War Fiction

In this previously untold adventure, a young Jack Ryan goes behind the Iron Curtain to seek the truth about a potential Soviet defector in the most shocking entry in Tom Clancy’s #1 New York Times bestselling series.

1985. A top secret F117 aircraft crashes into the Nevada desert. The Nighthawk is the most advanced fighting machine in the world and the Soviets will do anything to get their hands on its secrets.

In East Berlin, a mysterious figure contacts the CIA with an incredible offer—invaluable details of his government’s espionage plans in return for asylum.

It’s an offer they can’t pass up…if it’s genuine, but the risks are too great to blindly stumble into a deal. With the East German secret police closing in, someone will have to go to behind the Berlin Wall to investigate the potential defector. It’s a job Deputy Director James Greer can only trust to one man—Jack Ryan.

Ryan is a former Marine and a brilliant CIA analyst who’s been the architect of some of the CIA’s biggest coups but this time he’s in enemy territory with a professional assassin on his tail. Can he get the right answers before the Cold War turns into a Red Winter?

“Skillfully maintains the Clancy legacy that began in the 1980s. The many characters are all spot-on, the scope is wide-ranging, and the action reaches to the dreaded Hohenschönhausen Prison…So well-adapted to the entire series, this could have been the late Tom Clancy’s second novel.” —Kirkus Reviews (starred review)
“Cameron has fun with the period references, including cell phones the size of bricks, Farrah Fawcett posters, IBM Selectrics, and dot matrix printers. This return to earlier days opens the field to further adventures of the young Jack Ryan. Readers will eagerly await the next.” —Publishers Weekly

Marc Cameron is an American novelist. He is best known for the Jack Ryan series, which is part of the Tom Clancy universe, as well as for the critically acclaimed Jericho Quinn series of action adventure novels.