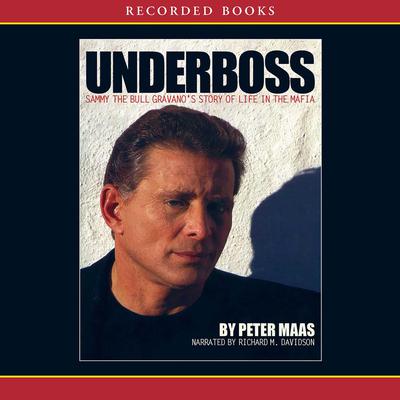 Underboss: Sammy the Bull Gravano's Story of Life in the Mafia

With his prize-winning talents, best-selling author Peter Maas dramatically reveals the shocking story of Salvatore Gravano-one of the most powerful leaders of modern organized crime. Underboss vividly portrays "Sammy's" disturbing rise in the Mafia from his first wary contact as a child with mobsters, to his phenomenal promotion to second-in-command of the much feared Gambino crime family. In his southwestern Brooklyn neighborhood, Sammy's father taught him to avoid certain men and never question their actions. But when those men helped the nine-year-old retrieve his stolen bicycle, he longed to be like them. Soon Sammy was adopting the Mafia's methods of intimidation and violence. His efforts culminated in the thrilling day when he took the solemn blood vow to join their Honored Society. After lengthy interviews with "Sammy the Bull," Peter Maas chronicles the riveting story-much of it in Gravano's own voice-of a wasted life and unalterable choices. Narrator Richard M. Davidson ushers you into the shadowy inner sanctum of organized crime where betrayal mingles with honor, and the spectre of violent death always threatens.

Peter Maas (1929–2001) was a journalist and the author of the number one New York Times bestseller Underboss and the New York Times bestseller Manhunt. His other notable books include The Valachi Papers, Serpico, and In a Child’s Name. Serpico was the basis for a major motion picture, and In a Child’s Name won the 1991 Edgar Award for Best Fact Crime book.