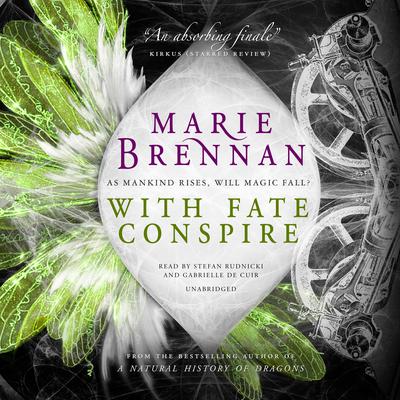 Seven years ago, Eliza’s childhood sweetheart vanished from the streets of Whitechapel. No one believed her when she told them that he was stolen away by the faeries.

But she hasn’t given up the search. It will lead her across London and into the hidden palace that gives refuge to faeries in the mortal world. That refuge is now crumbling, broken by the iron of the underground railway, and the resulting chaos spills over to the streets above.

Three centuries of the Onyx Court are about to come to an end. Without the palace’s protection, the fae have little choice but to flee. Those who stay have one goal: to find safety in a city that does not welcome them. But what price will the mortals of London pay for that safety?

“Brennan’s characters breathe life into a landscape rich in detail and vibrant with imagination.” —Library Journal
“Lovers of classic fantasy will find this a must-read.” —Booklist
“A complex and vibrant depiction of a magical Victorian era.” —Publishers Weekly
“An absorbing finale.” —Kirkus Reviews (starred review)

Marie Brennan habitually pillages her background in anthropology, archaeology, and folklore for fictional purposes. She is the author of the Onyx Court series, the Doppelganger duology of Warrior and Witch, and the urban fantasy Lies and Prophecy, as well as more than thirty short stories. The first book in the Lady Trent Memoirs series, A Natural History of Dragons, was nominated for a World Fantasy Award for Best Novel, and the entire series has been nominated for a Hugo Award. She holds an undergraduate degree in archaeology and folklore from Harvard and is now pursuing a PhD in anthropology and folklore at Indiana University.