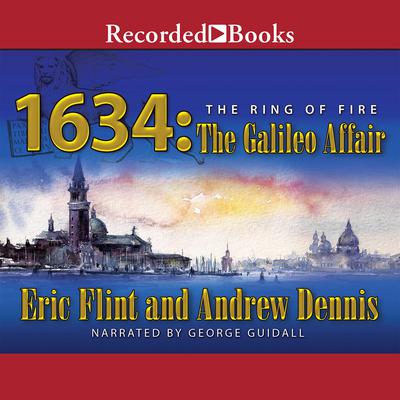 By Eric Flint and Andrew Dennis
Read by George Guidall

The Epic Struggle of Freedom and Justice Against the Tyrannies of the 17th Century Continues, as European Cunning Meets American Courage. The Thirty Years War continues to ravage 17th century Europe, but a new force is gathering power and influence: the Confederated Principalities of Europe, an alliance between Gustavus Adolphus, King of Sweden, and the West Virginians from the 20th century led by Mike Stearns who were hurled centuries into the past by a mysterious cosmic accident. The democratic ideals of the CPE have aroused the implacable hostility of Cardinal Richelieu, effective ruler of France, who has moved behind the scenes, making common cause with old enemies to stop this new threat to the privileged and powerful. But the CPE is also working in secret. A group of West Virginians have secretly traveled to Venice where their advanced medical knowledge may prevent the recurrence of the terrible plague which recently killed a third of the city-state's population. At the same time, the group hopes to establish commercial ties with Turkey's Ottoman Empire, then at the height of its power. And, most important, they hope to establish private diplomatic ties with the Vatican, exploiting Pope Urban VIII's misgivings about the actions of Richelieu and the Hapsburgs. But a Venetian artisan involved with the West Virginians may cause all their plans to come to naught. Having read 20th century history books of the period, he has become determined to rescue Galileo from his trial for heresy. The Americans are divided on whether to help him or stop him-and whether he succeeds or fails, the results may be catastrophic for the CPE.

Andrew Dennis, in addition to cowriting the New York Times bestseller 1634: The Galileo Affair, had a story in Baen’s The Ring of Fire and has had many nonfiction pieces published on the subjects of law and the paranormal. By way of a day job, Dennis a lawyer and lives in Preston, England, with his wife and children.