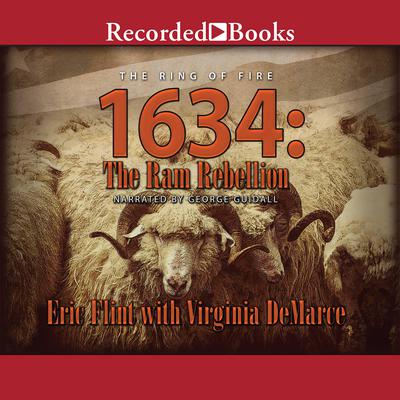 By Eric Flint with Virginia DeMarce
Read by George Guidall

The Thirty Years War continues to ravage 17th century Europe, but a new force is gathering power and influence: the Confederated Principalities of Europe, an alliance between Gustavus Adolphus, King of Sweden, and the West Virginians from the 20th century led by Mike Stearns who were hurled centuries into the past by a mysterious cosmic accident. Inspired by the example of American freedom and justice, a movement in Franconia among the peasants, who have revolted several times even before the arrival from the future of the town of Grantville, an independent revolutionary movement has arisen, flying the banner of the head of a ram. The West Virginians fully approve of liberating the peasants from the nobility, but they are also aware of how revolutionary movements can lead to bloodbaths. And avoiding that deadly possibility will require all of their future knowledge and all their plain old American horse-trading diplomacy. . . .

Virginia DeMarce received her PhD in Early Modern European History from Stanford University. She has published a book on German military settlers in Canada after the American Revolution and has served as president of the National Genealogical Society. She taught at Northwest Missouri State University and at George Mason University. She has had stories in the Ring of Fire anthology and Grantville Gazette, and more stories in the online Grantville Gazettes. She lives in Arlington, Virginia, with her husband.