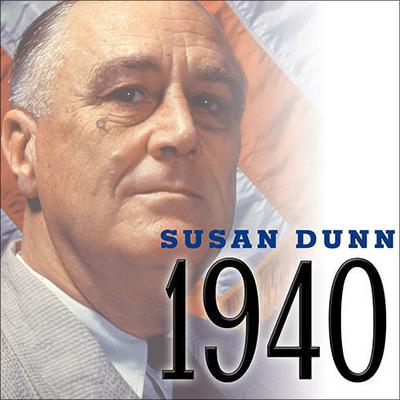 In 1940, against the explosive backdrop of the Nazi onslaught in Europe, two farsighted candidates for the U.S. presidency—Democrat Franklin D. Roosevelt, running for an unprecedented third term, and talented Republican businessman Wendell Willkie—found themselves on the defensive against American isolationists and their charismatic spokesman Charles Lindbergh, who called for surrender to Hitler's demands. In this dramatic account of that turbulent and consequential election, historian Susan Dunn brings to life the debates, the high-powered players, and the dawning awareness of the Nazi threat as the presidential candidates engaged in their own battle for supremacy. 1940 not only explores the contest between FDR and Willkie but also examines the key preparations for war that went forward, even in the midst of that divisive election season. The book tells an inspiring story of the triumph of American democracy in a world reeling from fascist barbarism, and it offers a compelling alternative scenario to today's hyperpartisan political arena, where common ground seems unattainable.

Susan Dunn, the Massachusetts Professor of Humanities at Williams College, is the author of a dozen books, including Roosevelt’s Purge; 1940: FDR, Willkie, Lindbergh, Hitler—the Election amid the Storm; and The Three Roosevelts, cowritten with James MacGregor Burns. She lives in Williamstown, Massachusetts.