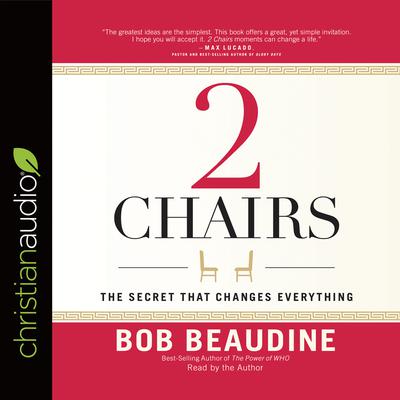 2 Chairs: The Secret That Changes Everything

In this world you will have trouble. Count on it!It might be something small or something big, but you know you don't have an answer. You've come to a realization there is a limit to what you can do alone. For such times as these, 2 Chairs asks three vital questions:-Does God know your situation?-Is it too hard for Him to handle?-Does He have a good plan for you?Following these questions, Bob Beaudine offers sever practical steps to walk courageously, faithfully, and cheerfully through your trouble whether it is a minor issue or a major crisis.

Bob Beaudine, CEO of Eastman & Beaudine, manages the nation’s leading executive search firm in sports and entertainment. Bob has helped shape the leadership teams of some of the world’s most innovative and dynamic businesses, including the NBA, Major League Baseball, the US Olympics, NASCAR, and the UFC. He has interviewed and coached senators, governors, generals, CEO’s, university presidents, and top athletic coaches. Beaudine also works with major college athletic programs and has placed numerous athletic directors and head coaches at major universities across the country.