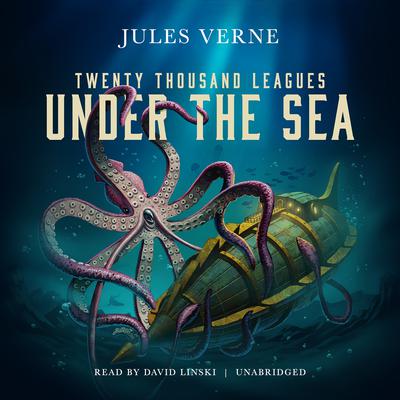 During the year 1866, ships of several nations spot a mysterious sea monster, which some suggest to be a giant narwhal. The United States government assembles an expedition in New York City to find and destroy the monster. Professor Pierre Aronnax, a French marine biologist and narrator of the story, who happens to be in New York at the time, receives a last-minute invitation to join the expedition which he accepts. Canadian whaler and master harpoonist Ned Land and Aronnax’s faithful servant Conseil are also brought aboard.

“20,000 Leagues under the Sea is arguably Verne’s masterpiece. As a classic it has aged wonderfully well: it is escapist fun, but still retains its literary and scientific significance. To dismiss it as simply an adventure story does it a disservice.” —Guardian (London)