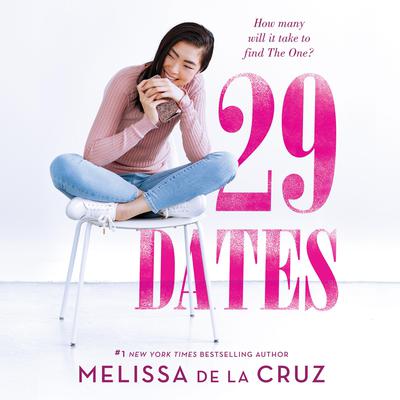 Working with Seoul’s premiere matchmaker, Jisu’s traditional South Korean parents are determined to ensure her success in life and love by matching her with the right boyfriend. After one too many slip-ups at school, Jisu finds herself shipped off to San Francisco to focus on her academics and approved dates, leaving her little space to figure out her own dreams.

As her newly realized passion for photography lights her on fire, Jisu wonders…does she even want to find The One?

“A refreshingly modern love story, 29 Dates serves up a funny and heartfelt rom-com about finding love and figuring out life on your own terms.” —Maurene Goo, author of I Believe in a Thing Called Love
“A heartwarming, sparkling romantic comedy about what happens when what your heart wants and what your parents want don’t match…Melissa de la Cruz enchants and delights in her usual style. Completely unputdownable!” —Sandhya Menon, New York Times bestselling author