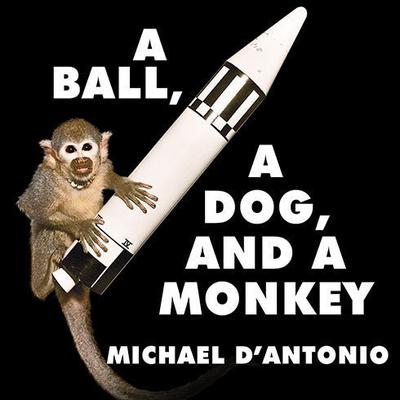 Pulitzer Prize-winning writer Michael D'Antonio captures the wackiness of the first year of the space race as the Americans scrambled desperately to match the Soviets and President Eisenhower intervened to guarantee that the space program would not be run by the military. On October 4, 1957, the Soviet Union successfully launched Sputnik I, the first artificial satellite into orbit around the earth. Little more than a month later, the Soviets launched Sputnik II. News of Sputnik created panic in Washington, D.C., and throughout the United States. Within days, the U.S. military began a madcap race to space full of crashes, skullduggery, and backstabbing until Eisenhower's secret civilian program surpassed the Soviets by putting the first American—a hero monkey named Gordo—into orbit. D'Antonio draws on archives, film footage, and interviews with many of the scientists, reporters, and others who were involved in the first year of the space race. He recounts the early days of the space race with all the zaniness and urgency of the time, just in time for fiftieth anniversary commemorations.

Recovers for a new generation the thrill of a pioneer quest and the spirit of an age that already seems like ancient history. —Kirkus
“Space buffs will be familiar with most of the details of D’Antonio’s story, but his fast-paced narrative incorporates firsthand accounts of everyday citizens caught up in the excitement of America’s push into space.” —Publishers Weekly
“An entertaining writer, D’Antonio delivers the technological heroics on which spaceflight fans are keen.” —Booklist
“Thorough and entirely readable.” —New York Times Book Review on Hershey

Michael D’Antonio, as part of a team of journalists from Newsday, won the Pulitzer Prize for his reporting before going on to write many acclaimed books, including Atomic Harvest and The State Boys Rebellion, and was coauthor with John Gerzema of the New York Times bestseller The Athena Doctrine. He has written for Esquire, the New York Times Magazine, and Sports Illustrated.

As part of a team of journalists from Newsday, Michael D’Antonio won the Pulitzer Prize for his reporting before going on to write many acclaimed books, including Atomic Harvest,The State Boys Rebellion, and The Truth about Trump, among others. He has also written for Esquire, the New York Times Magazine, and Sports Illustrated.