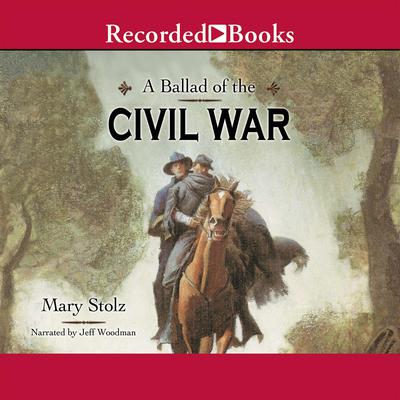 A Ballad of the Civil War

The young Rigby twins, Tom and Jack, spend their days playing on their father's southern plantation. They are used to the slaves working around them in the house and the fields. Even their best friend, Aaron, is a young slave, given to the boys as a christening present. But when Master Rigby banishes Aaron from the house and sends him to the slave quarters, Tom realizes that he and Jack have very different feelings. Tom is saddened at losing a friend, while Jack doesn't care what happens to one who is a possession, not an equal. As the brothers grow up and the Civil War begins, their attitudes toward slavery will split them apart. Through the story of the Rigbys, a central issue of the Civil War becomes vivid and personal. A Trophy Chapter Book, A Ballad of the Civil War is designed to appeal to youngsters and reluctant readers. It was chosen as an American Bookseller Association Pick of the Lists.

Mary Stolz (1920 –2006) was an American writer of fiction for children and young adults. Her works received Newbery Honors in 1962 and 1966 and her entire body of work was awarded the George G. Stone Recognition of Merit in 1982.