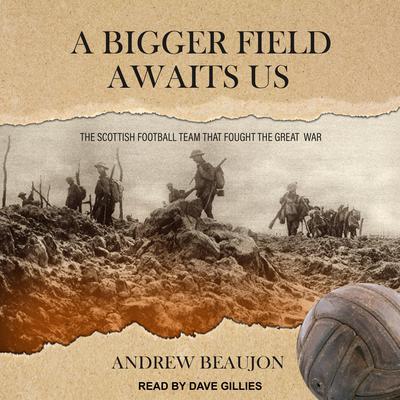 A Bigger Field Awaits Us: The Scottish Football Team That Fought the Great War

Each November, about a hundred people with paper poppies pinned to their coats gather around a memorial in Edinburgh. They're there to commemorate the more than a dozen members of the local football team, Heart of Midlothian—almost every member of its starting lineup and many of its backup players—who went to war. When they enlisted in November 1914, the Edinburgh Evening News ran pages of splendid photos of the Hearts players in McCrae's Battalion. After the war, surviving soldiers, many of them wounded, gassed, and suffering from what was then called "shell shock," returned home to a public that had only the weakest grasp of what had happened. Perhaps the pointlessness of so much suffering and death was too awful to contemplate. All of Edinburgh threw a parade for the men of McCrae's Battalion when they marched off to war, but no one wanted to be reminded that their commanders later traded their lives and health for a few yards of French mud.

A Bigger Field Awaits Us tells the little-known but poignant story of a group of Scottish athletes and their fans who went to war together—and the stories of the few who made it home.

Andrew Beaujon is a senior editor at Washingtonian magazine in Washington, DC. He has also worked as a music critic for Spin, a recipe editor for Martha Stewart Living, and as the managing editor of Washington City Paper.