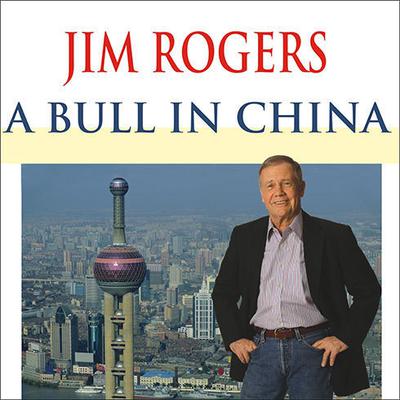 A Bull in China: Investing Profitably in the World's Greatest Market

If the twentieth century was the American century, then the twenty-first century belongs to China. Now the one and only Jim Rogers shows how any investor can get in on the ground floor of "the greatest economic boom since England's Industrial Revolution." In this indispensable new book, Rogers, one of the world's most successful investors, brings his unerring investment acumen to bear on this huge and unruly land now being opened to the world and exploding in potential. Rogers didn't just wake up a Sinophile yesterday. He has been tracking the Chinese economy since he first went to China in 1984 in preparation for his round-the-world motorcycle trip and then again when he saw Shanghai's newly reopened stock exchange. In the decades that followed—especially in recent years, with the easing of Communist Party financial dictates—the facts speak for themselves: —The Chinese economy's growth rate has averaged 9 percent since the start of the 1980s. —China's savings rate is over 35 percent (in America, it's 2 percent). —Forty percent of China's output goes to exports (so there is no crippling foreign debt). —Sixty billion dollars a year in direct foreign investment, combined with a trade surplus, has brought Beijing's foreign currency reserves to over $1 trillion. —China's fixed assets—ports, bridges, and roads—double every two and a half years. In short, if projections hold, China will surpass the United States as the world's largest economy in as little as twenty years. But the time to act is now. In A Bull in China, you will learn what industries offer the newest and best opportunities, from power, energy, and agriculture to tourism, water, and infrastructure. In his trademark down-to-earth style, Rogers demystifies the state policies that are driving earnings and innovation, takes the intimidation factor out of the A-shares, B-shares, and ADRs of Chinese offerings, and encourages any listener to trust his or her own expertise (if you're a car mechanic, check out their auto industry). A Bull in China also features fascinating profiles of "red chip" companies, such as Yantu Changyu, China's largest winemaker, which sells a "Healthy Liquor" line mixed with herbal medicines. Plus, if you want to export something to China yourself—or even buy land there—Rogers tells you the steps you need to take. No other book—and no other author—can better help you benefit from the new Chinese revolution. Jim Rogers shows you how to make the "amazing energy, potential, and entrepreneurial spirit of a billion people" work for you.

“The smartest ways to invest in the world’s fastest-growing economy.” —New York Sun
Johnny Heller's narration...reinforces Jim Rogers's timely discussion of reasons to invest in China.... The cowboy brashness of Heller's delivery holds one's attention. —AudioFile
“[Jim Rogers] presents the case that this truly is going to be China’s century and that anyone who doesn’t take advantage may be taking a big risk.” —Boston Globe
“Rogers races through the promising and profitable business opportunities China has to offer–in a manner and prose far superior to any other current financial guru-writer’s.” —Booklist

Jim Rogers cofounded The Quantum Fund and retired at age thirty-seven. Since then, he has served as a sometime professor of finance at Columbia University’s business school and as a media commentator worldwide. In 2007, he moved his family to Singapore in order to be at the epicenter of the new financial world order. He is the author of Investment Biker, Adventure Capitalist, Hot Commodities, A Gift to My Children, and A Bull in China.