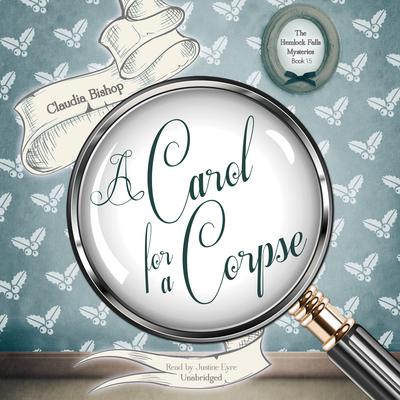 A Carol for a Corpse

From the author of Ground to a Halt comes a special holiday Hemlock Falls mystery.

Hemlock Falls is one of the most picturesque villages in upstate New York, with the Hemlock Inn, owned by the amateur sleuth Quilliam sisters, as its centerpiece. The Quilliam sisters would love to show their little slice of paradise to the tourists that come to stay at their historic inn. However, the village isn’t as peaceful as some would have you believe …

For the Quilliam sisters, there’s nothing jolly about this Christmas. Meg and Quill are near-broke. At least there’s one bright start on the horizon: a big-time magazine and television show will feature the Inn. But soon the editor’s husband skis to his death. Now, if the Quilliams are to save the Inn from a lawsuit, they’ll need to prove this was no accident.

Claudia Bishop is the author of the popular Hemlock Falls mystery series as well as mysteries in the Casebooks of Dr. McKenzie series. Under the name Mary Stanton, she is also the author of an eight-volume children’s fantasy series, Unicorns of Balinor.