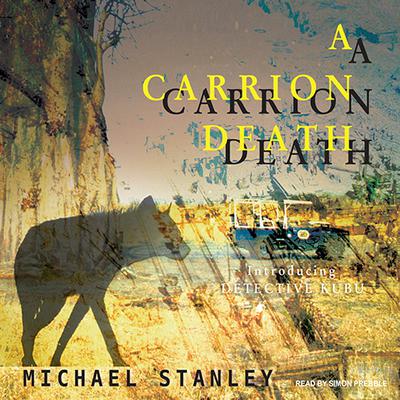 Smashed skull, snapped ribs, and a cloying smell of carrion. Leave the body for the hyenas to devour—no body, no case. But when Kalahari game rangers stumble on a human corpse midmeal, it turns out the murder wasn't perfect after all. Enough evidence is left to suggest foul play. Detective David "Kubu" Bengu of the Botswana Criminal Investigation Department is assigned to the case. The detective's personality and physique match his moniker. The nickname "Kubu" is Setswana for "hippopotamus"—a seemingly docile creature, but one of the deadliest on the continent. Beneath Kubu's pleasant surface lies the same unwavering resolve that makes the hippopotamus so deceptively dangerous. Both will trample everything in their path to reach an objective. From the sun-baked riverbeds of the Kalahari to the highest offices of an international conglomerate, Kubu follows a blood-soaked trail in search of answers. Beneath a mountain of lies and superstitions, he uncovers a chain of crimes leading to the most powerful figures in the country—influential enemies who will kill anyone in their way. A memorable detective makes his debut in this gritty, mesmerizing thriller. Set amid the beauty and darkness of contemporary Africa, A Carrion Death is the first entry in an evocative new series cutting to the heart of today's Botswana—a modern democracy threatened by unstable neighbors, poachers, and diamond smugglers. Those trying to expose the corrupt ringleaders will find themselves fighting for their lives.

Michael Stanley is the writing team of Johannesburg natives Michael Sears and Stanley Trollip. Sears lives in Johannesburg and teaches part-time at the University of Witwatersrand. Trollip was on the faculty at the universities of Illinois, Minnesota, and North Dakota, and at Capella University. A full-time writer, he divides his time between South Africa and Minneapolis, Minnesota. The pair has had many adventures together, including tracking lions at night, fighting bush fires on the Savuti plains in northern Botswana, surviving a charging elephant, and losing their navigation maps while flying over the Kalahari.