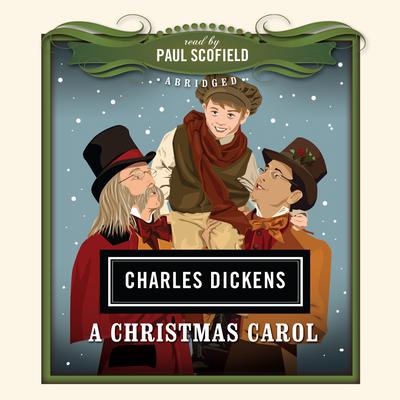 The Classics Read by Celebrities Series

“Every idiot who goes about with ‘Merry Christmas’ on his lips should be boiled with his own pudding,” says Scrooge. Mean old Scrooge despises Christmas … until Christmas Eve, when a haunted voice from the past changes his life overnight. You know the story; now experience the marvel of the book.

“People just love A Christmas Carol. There are reasons that it has been made into some three dozen feature films and television movies and that it is the most frequently produced play on the American stage.” —New York Times
“Perhaps the outstanding Christmas myth of modern literature.” —Merriam-Webster Encyclopedia of Literature