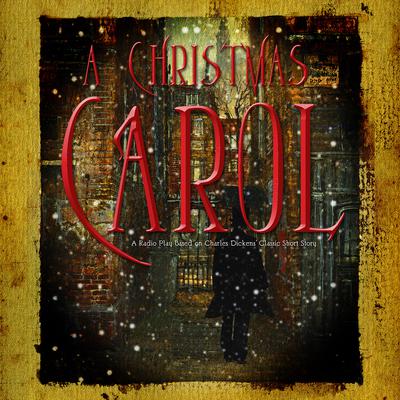 A Christmas Carol: A Radio Play Based on Charles Dickens’ Classic Short Story

Winner of the Parents' Choice Award

This is a full-cast recording of Charles Dickens’ classic holiday favorite A Christmas Carol, the tale of miserly old Ebenezer Scrooge.

It is Christmas Eve, and the air outside is as cold as Scrooge’s heart. Come nightfall, Scrooge receives three visitors: the ghosts of Christmas Past, Present, and Future. Each spirit takes him on a hair-raising journey through time, yielding glimpses of Tiny Tim and Bob Cratchit—and even Scrooge’s painfully hopeful younger self. Will Scrooge’s heart be opened? Can he escape his cursed fate?

“This enjoyable audio adaptation of the preeminent Dickens classic opens with festive holiday music and features crisp and haunting state-of-the-art sounds: creaking doors, chiming church bells, winter winds, and rattling chains. But what keeps the production grounded and refreshing is that the script stays very close to the heightened language and keen dialogue of the original 1843 text. We all know the dialogue of Ebenezer Scrooge, Bob Cratchit, and Tiny Tim (their story is a part of our cultural DNA), and the cast does an admirable job bringing the sounds of Christmases Past, Present, and Future to life. Though it’s been adapted and performed in every imaginable setting and time period, as this production artfully illustrates, A Christmas Carol can be most extraordinary when served traditionally.” —AudioFile

Shane Salk was born in Seattle, Washington, and relocated to Los Angeles in 2008 after graduating from Chapman University with a BFA in theater performance. He has worked in film and television and on stage since youth. His work has been featured in such film festivals as the Long Beach Short Festival and the New England Film Festival. Along with producing, his acting has earned him a number of awards, including two for excellence in acting from the Kennedy Center. He also performs stand-up, sketch, and improv comedy around Los Angles and throughout the United States. He has extensive knowledge of old-time radio, both dramatic and comedic, which has been a passion of his since first hearing William Conrad as Matt Dillon in Gun Smoke.