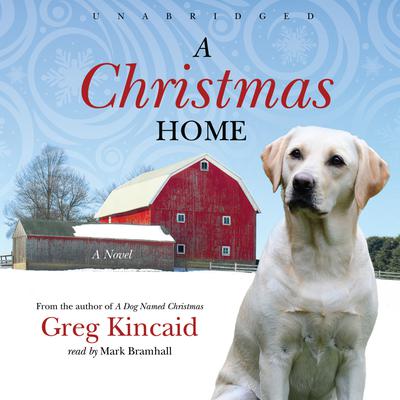 The touching sequel to the beloved novel A Dog Named Christmas

On Sunday, November 29, 2009, more than 12.5 million families fell in love with the television adaptation of the novel A Dog Named Christmas. Within forty-eight hours after the Hallmark Hall of Fame movie aired, the initial run of twenty thousand DVDs sold out. Two years later, whenChristmas with Tucker, the prequel to the McCray family stories, was released, it was described by Dean Koontz as "a perfect Christmas read," by A. J. Jacobs as "lovely and poignant," and by Publishers Weekly as "cute, hopeful, and heartwarming." Now, the much-anticipated third installment, A Christmas Home, will prove to be yet another holiday classic.

Watching their children move out and live independently is a difficult task for many parents—but for George and Mary Ann McCray, it's nearly impossible. Even though Todd, their disabled son, is in his twenties, George and Mary Ann fear that he cannot thrive without their support and supervision. But Todd is determined to be his own person—and he has a dog named Christmas and an entire community ready to help him find his way.

“In A Christmas Home, Greg Kincaid again treats us to a story rich in the courage of people who, in overcoming their own limitations, teach us a lesson in how to prevail, no matter the odds, no matter the trials.”  —Steve Duno, author of Last Dog on the Hill
“For those seeking a slight, uncomplicated tale that can be read cover-to-cover in about a weekend and won’t leave the reader searching for some deeper meaning, this book fits the bill and then some.” —Kirkus Reviews
“Fans of Kincaid’s A Dog Named Christmas will welcome another story featuring the McCray family and their rescue dog, Christmas…Dog lovers and anyone looking for a heartwarming Christmas story will enjoy Kincaid’s latest.” —Library Journal

Greg Kincaid, New York Times bestselling author of A Dog Named Christmas and Christmas with Tucker, is a practicing lawyer in Kansas who helped start the Changing Lives through Literature program and has served as the chairman of the Optimist Oratory Contest for the last seven years. The father of five children, he lives on a farm in western Johnson County, Kansas, with his wife and two dogs.